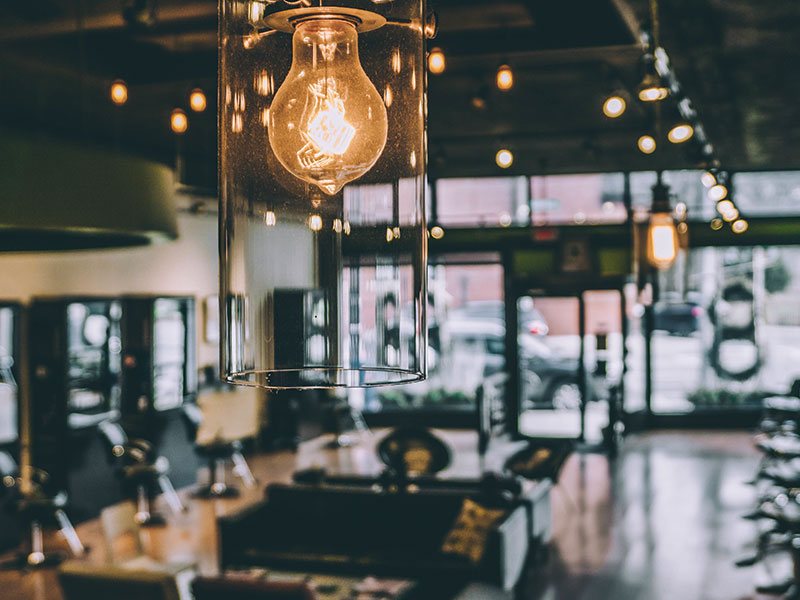 Neck pain at the shampoo bowl

A bad haircut is far from the worst thing that can happen to you at the salon. Lean your head back in an awkward position during a shampoo. You may end up with severe neck pain, or worse. Some people experience everything from neck strain to a pinched nerve from this seemingly harmless activity, and, in rare cases, you could even have a stroke.

Improper positioning or a lack of support when laying your head on the edge of the shampoo bowl is to blame for countless sore necks. Sometimes the neck pain is momentary, and sometimes it takes quite a bit longer to subside.

Researchers at the American Journal of Physical Medicine and Rehabilitation recounted a story about a trip to the salon that provoked a pinched nerve in an individual with a preexisting condition. “When Michael Werner went to get his hair cut for the first time after his recovery from neck surgery, he never expected to be in pain for days afterward,” said Healthcare News about the report. “Warner suffers from cervical radiculopathy, a disorder that is commonly referred to as a ‘pinched nerve’, which was aggravated from his shampoo in the salon sink.”

However, a trip to the salon could just as easily affect someone who hasn’t previously hurt their neck. Experts say that laying directly on the hard surface of the salon’s shampoo sink and having your head tilted back, especially if it’s also moved from side to side, which it often is during a head massage or application/removal of color at the bowl, can be dangerous. Thankfully, neck pain caused (or worsened) by a salon visit is usually treatable.

“Treatment for a pinched nerve includes physical therapy, which will help to take some of the pressure off of the nerve by building up the surrounding muscles that are in the area,” said Dr. Mark C. Valente, Board-Certified and Fellowship-Trained Orthopedic Spine Surgeon and Founder and Medical Director of DISC Spine Institute, a leader in minimally invasive back procedures. “In addition, bed rest along with ice may provide relief. In cases where the pain has not subsided, minimally invasive procedures can provide relief.”

Strokes from a neck injury at a shampoo station

But for some, the injury can be more severe, and even life-threatening. “A California woman is suing a beauty salon because she said getting her hair washed there nearly killed her,” said CBS News. “Elizabeth Smith, 48, got her hair done at a San Diego salon in January 2014, and almost two weeks after the visit, doctors told Smith she suffered a stroke. The doctors said a CT scan revealed that an artery in Smith’s neck had been damaged by leaning back in the beauty parlor’s shampoo chair and sink.”

The condition, known as Beauty Parlor Stroke Syndrome, is caused by hyperextending the neck. In Smith’s case, post-salon-visit symptoms included “weakness in her left arm and leg, which soon escalated. Her doctors determined it was the position of her head in a wash-basin that probably caused a blood clot leading to a stroke.”

The BBC reported on yet another stroke suffered during a hair-washing at a salon. “Dave Tyler, 45, told the Daily Mail that two days after he visited a salon in Brighton, he started having headaches and collapsed during a business meeting. He also felt his body go numb. Mr. Tyler spent three months in hospital before learning to walk again with a stick, but he still can’t drive and is often in pain.”

Awareness of beauty parlor strokes dates back even further; In 1997, UK medical journal The Lancet published a report on a 42-year-old woman who had suffered the catastrophic injury while having her hair washed; “British doctors said the stroke had been due to damage to the right internal carotid artery, which had left her with numbness and slurred speech,” said the BBC.

At the first sign of neck pain, see your back doctor! With the potential for permanent and life-threatening injuries, it’s imperative that a top back doctor examines you to determine the seriousness of your condition.

As for hair washing at the salon, many people with existing neck injuries forgo the shampoo bowl altogether to avoid the potential for pain and further injury. Even a minor strain caused by the hair washing can dampen the idea of a pretty new ‘do. Salon chairs are adjustable, making it easier to achieve comfort, but making sure your neck is supported with a towel is imperative. Per experts, your head should not be tilted back more than a 20-degree angle.

“Make sure you have a towel under your head and neck when you get your hair washed, or better yet, encourage your salon to invest in specialized cushions that are designed to protect this sensitive area,” said Stylecaster in their article on hidden dangers at the hair salon. “If you are at all uncomfortable, or if you have recently had neck surgery, be sure to voice your concerns to your hairstylist so he or she can take the proper precautions such as washing your hair leaning forward over the sink instead. Better to be safe than sorry.”

Minimally invasive procedures mean treating chronic back pain is easier than ever, with outpatient treatments and easier surgical treatments with small incisions and a quicker recovery time instead of a long hospital stay.